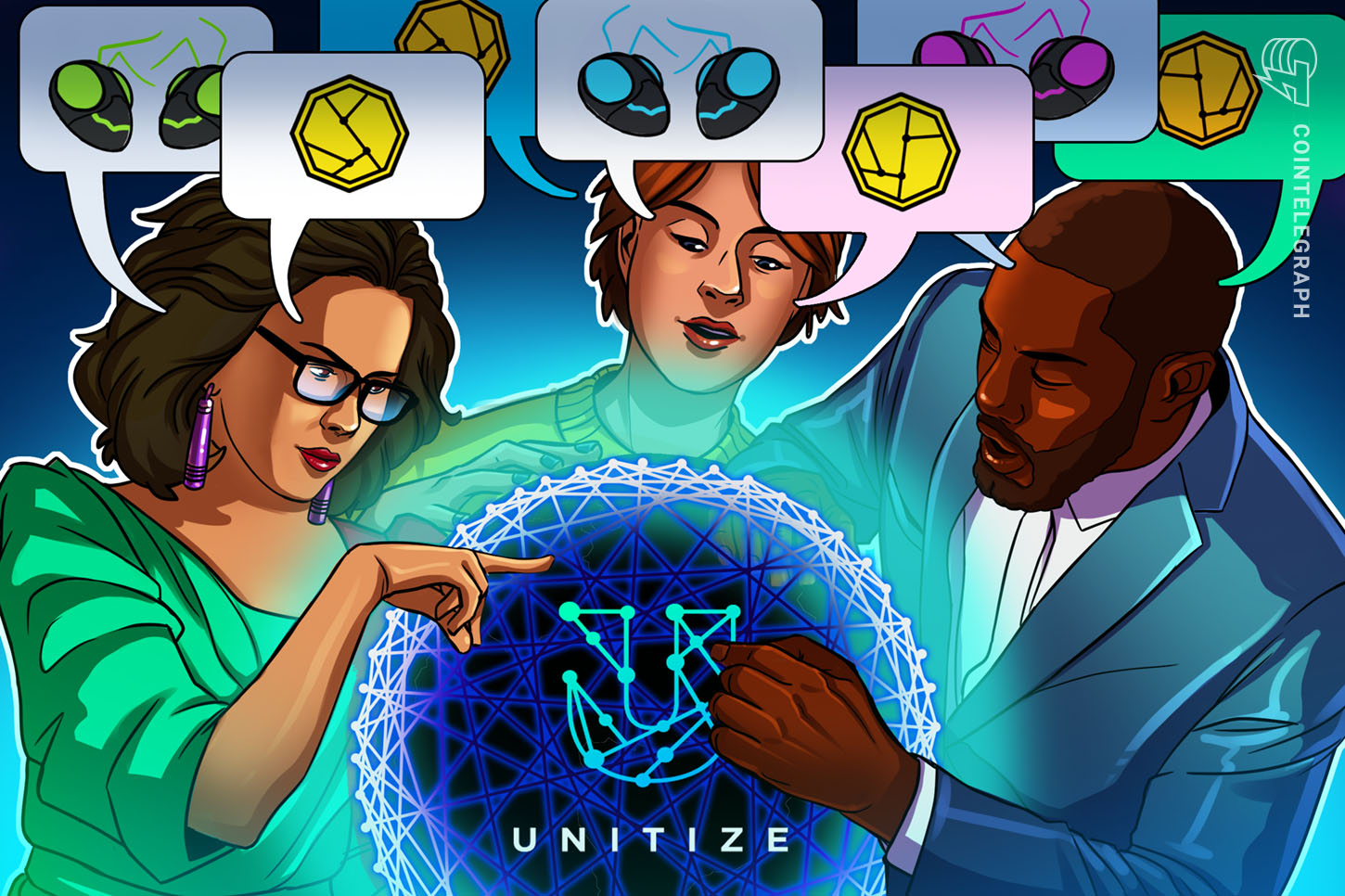 The five-day Unitize virtual blockchain conference organized by BlockShow and San Francisco Blockchain Week ended with the final session on Friday. The event saw appearances from Heath Tarbert, the chairman of the Commodity Futures Trading Commission; Vitalik Buterin, a co-founder of Ethereum; and Tim Draper, a serial blockchain investor, as well as other speakers from a diverse pool of market segments both within and outside the crypto space.

Blockchain adoption, decentralized finance, central bank digital currencies and the future of Bitcoin (BTC) dominated the conversation in many of the panels. The event also saw speakers chart possible paths forward for the advancement of the industry.

If you didn’t have the opportunity to catch all the goings-on at the conference, it is available on Cointelegraph’s YouTube channel in full. Or, to keep it short and sweet, below are the top 10 quotes from the event sponsored by crypto derivatives exchange platform Bybit.

Stateless clients upgrade for Ethereum 2.0 still a work in progress

Ethereum co-founder Vitalik Buterin revealed that stateless clients implementation on the Ethereum network is still unattainable due to fundamental limitations, stating that any help from the community is welcome:

“There are a bunch of fancy arithmetic techniques that allow us to cut these witness sizes down to the point where the extra data that stateless clients need to download is actually not that much. But still research and still a lot of refinement required, and this is something where we actively welcome more help from the academic research community.”

China’s DCEP will internationalize the yuan

CBDCs were a popular topic on the first two days of the conference. Matthew Graham, the CEO of Sino Global Capital, reasoned that China’s digital currency electronic payment is geared toward yuan internationalization.

Echoing Graham’s sentiments, Douglas Arner, the director of the Asian Institute of International Financial Law at the University of Hong Kong, identified the DCEP as having a better chance of interoperability than many other national CBDC plans, adding:

Libra will not see the light of day

University of California, Berkeley professor Barry Eichengreen called Libra “an interesting idea that will never see the light of day,” while arguing against the future potential of stablecoins, declaring:

“Stablecoins are either fragile — they are prone to attack and collapse if they are only partially backed or collateralized with actual dollars or dollar bank balances, or they are prohibitively expensive to scale-up if they are, in fact, fully or over-collateralized.”

Sheila Warren of the World Economic Forum said that unbanked and underbanked people will flock to blockchain solutions if entrepreneurs can bridge the technological gaps:

“We have to look at what is actually the lowest hanging fruit there. Well, oddly enough, it’s people who have been excluded from traditional systems for whatever reason. They’re the hardest to build for in many ways, but they’re the people most willing to accommodate or try something new.”

“The challenges are always less about the technology than about the business value and the people who are interested in using it or resistant to using it. […] I don’t come in to sell blockchain, I come in to talk about business issues and where we find a good fit, and we move forward.”

Balaji Srinivasan, a general partner at venture capital giant Andreessen Horowitz, and Meltem Demirors, the chief strategy officer at CoinShares, spoke about Bitcoin as an alternative to fiat currency debasement. According to Srinivasan:

“Ultimately, there are two modalities that people can accept: A, we have total power; B, no one has power over us. On the other hand of the spectrum you have Bitcoin, which is open-state, open-source, open execution, totally inspectable, totally transparent, based on mathematics and no one has power over it.”

Speaking at a fireside chat, Heath Tarbert, the chairman of the United States Commodity Futures Trading Commission, predicted that altcoin futures trading in the country will happen once cryptos get more regulatory clarity, stating:

“Unlike my prediction about Ether, at the this point, I don’t see anything on the horizon, but I think it is inevitable that in the future, once major classes of digital assets receive the clarity on whether they are securities or commodities, you’ll start to see them also be listed, particularly as they get more popular and people do see them as a store of value.”

“It’d actually be impossible for exchanges, or any entity really, to reorg BTC via NiceHash. This could, however, be an effective counterattack on smaller chains with more niche hashing algos, like Lyra or Equihash.”

For Richard Holden, an economics professor at the University of New South Wales Business School, blockchain voting will prevent mail-in voter fraud but will be to the benefit of the Democratic Party, arguing:

“Distributed ledger technology might be an interesting defense against the idea of there being fraud with vote by mail. But DLT could in principle be more even immune to those considerations. So, it’s going to play a very important role going forward because it has a potential political skew — not by intent, but just by implication.”

While accepting the unlikelihood of his victory in the November election, crypto venture capitalist Brock Pierce said his decision to run for president is aimed at putting blockchain on the political agenda. Pierce bemoaned America’s perceived technological decline, stating:

“The United States historically has been the capital of innovation, on the front lines of technologies like blockchain. I feel that this is not a great environment for innovators to build. I’m watching many of the best innovators in our nation moving to Asia, moving to Europe, moving to other places because they don’t feel safe to innovate and experiment.”