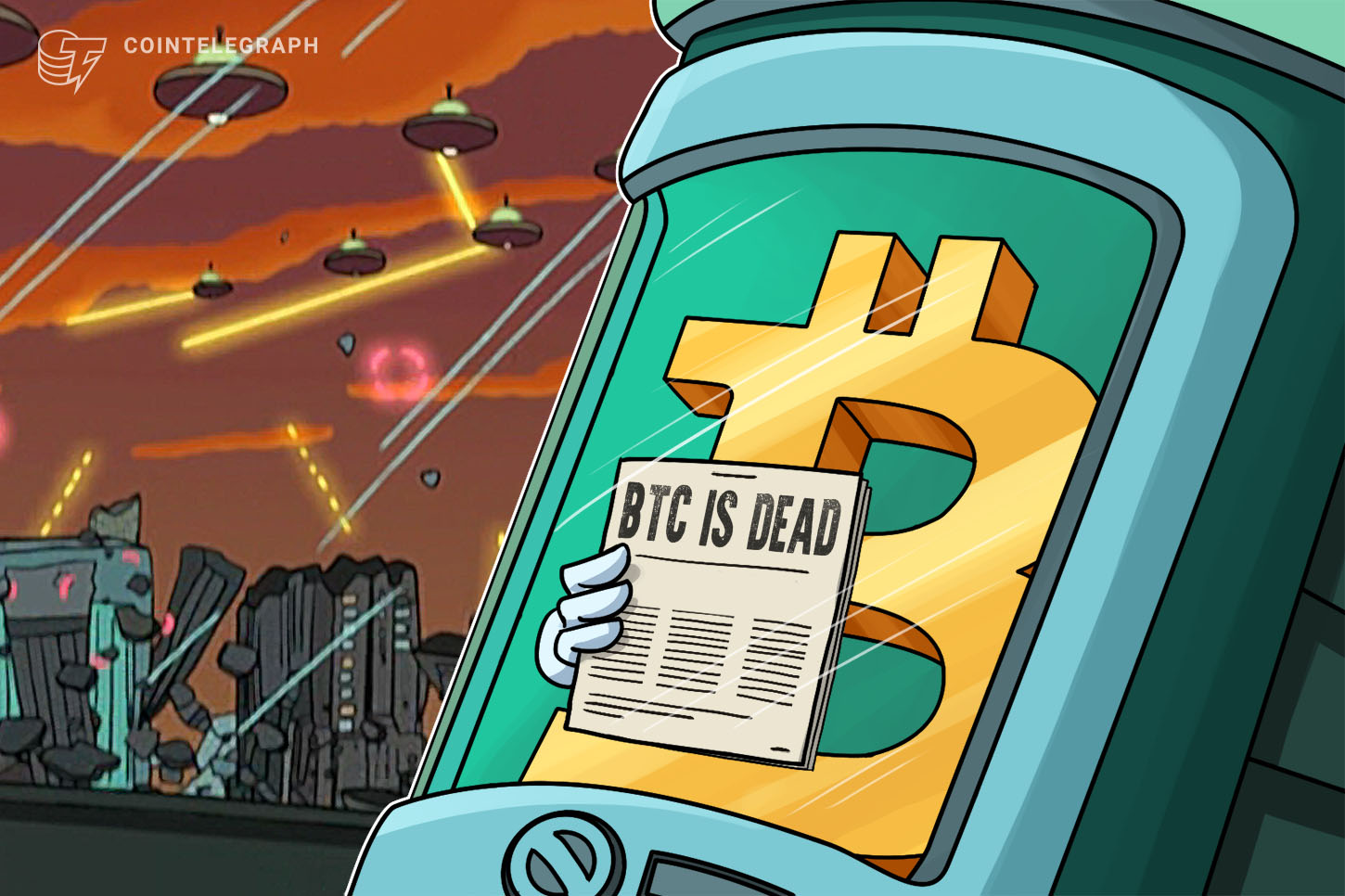 As the top-rated cryptocurrency by market cap Bitcoin (BTC) pushes onwards towards $10,000, it continues to prove wrong those naysayers who have falsely proclaimed its imminent demise.

In fact, as pointed out in a May 8 tweet from the CEO of CoinCorner exchange, Danny Scott, the first website to declare Bitcoin dead back in 2010 no longer exists.

Bitcoin defies naysayers for over a decade

In the beginning, there was Bitcoin. Then followed a seemingly endless stream of entities queuing up to proclaim it dead, or worthless, or ”a scam”, or even “rat poison squared”.

Unfortunately for all of those naysayers, Bitcoin is still alive, kicking and stronger than ever as it approaches its third halving event.

According to the Bitcoin Obituary page, Bitcoin has been proclaimed dead 380 times since it came into existence in 2008. The first of these was on Dec. 15, 2010, when BTC price was just $0.23, and The Underground Economist published an article titled “Why Bitcoin can’t be a currency.”

Thankfully, the Wayback Machine has an archive of this article, because The Underground Economist website is unfortunately no longer with us.

In many ways, the article is quite prescient for its time, entertaining the possibility that:

People won’t be spending their Bitcoin anyway because they’re making so much money just by holding it.

However, it also predicted that when people started taking their profits it would propel Bitcoin into a death-spiral. After all:

The supply of Bitcoin is fixed and there is no other use for it besides as a currency. I doubt prices will have much of a chance to rise, since this will happen so fast.

It concluded that Bitcoin had been purely riding on its novelty value. Although if correct, that would make it still a novelty today.

the only thing that’s even kept Bitcoin alive this long is its novelty. Either it will remain a novelty forever or it will transition from novelty status to dead faster than you can blink.

Ooops. As Scott says in his tweet, “Don’t dismiss the honey badger.”