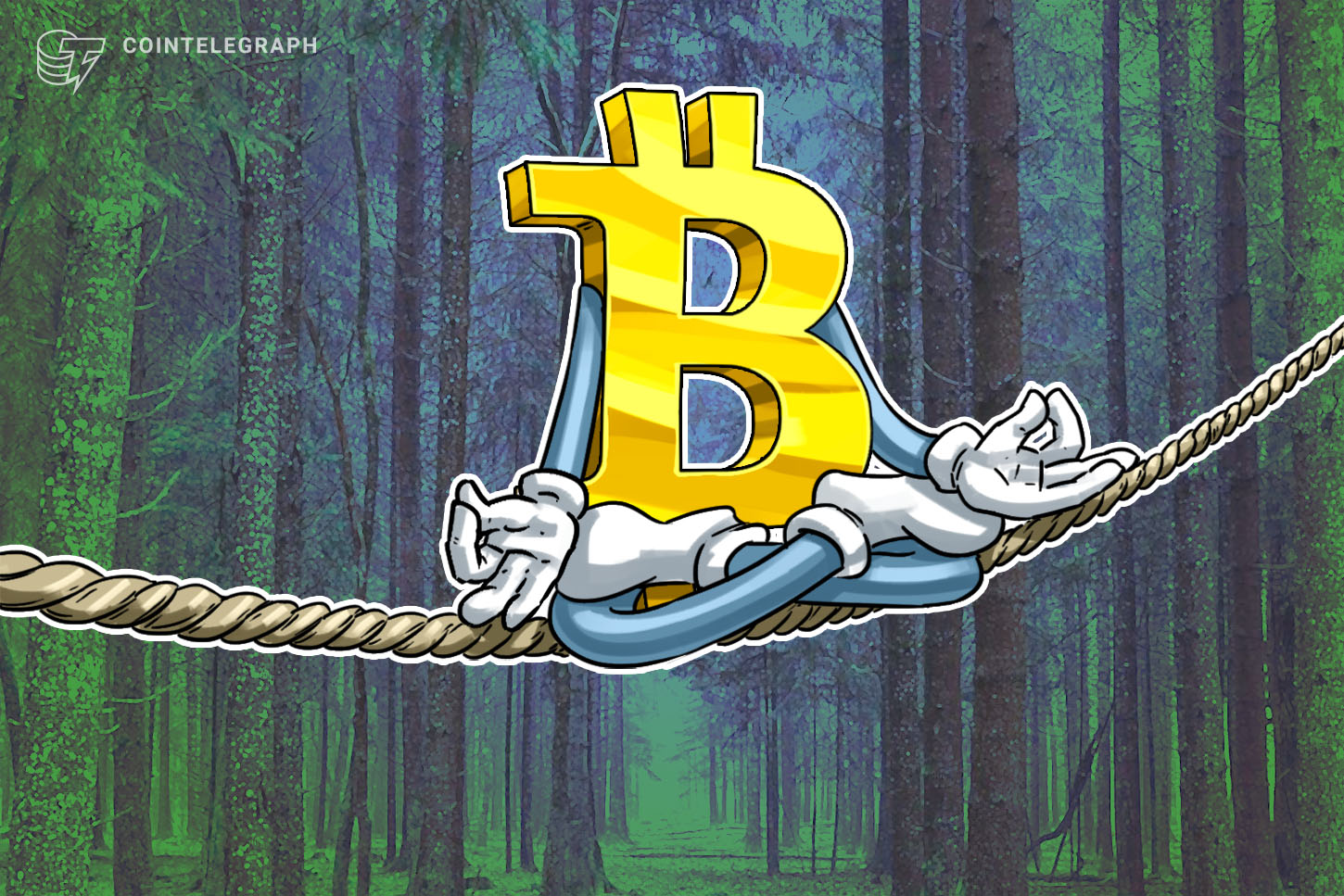 Changpeng Zhao, CEO of crypto exchange Binance, isn’t sure what will cause Bitcoin to hit $10,000 again, but has remarked on the token’s recent stability.

In a July 19 interview with Bloomberg Daybreak: Asia, Zhao, also known as CZ, commented on the cryptocurrency’s record low volatility. Bitcoin (BTC) has had very few big moves for weeks, with the token remaining between $9,000 and $9,500. BTC is priced at $9,175 at press time.

“I think sooner or later it’s going to break out,” CZ said. “But right now Bitcoin has been really stable. People have been calling it a stablecoin now.”

The Binance CEO said that for the moment, Bitcoin was too correlated with traditional markets to be the safe haven asset many investors hope it can be.

“It has a drag down effect,” CZ said, comparing the price of certain assets to floats adjacent to the Titanic, going down in a massive market crash:

“The stock market is probably a thousand times bigger than the crypto market. When that goes down, and a lot of people are losing a lot of money, many of those people who have crypto investments will want to convert those investments into cash.”

However, over the long haul, the Binance CEO says “the safe haven properties of Bitcoin will come through over time.”

The “dickening” passes without incident

CZ’s observation on Bitcoin’s stability comes just a few days after the third anniversary of John McAfee saying he would “eat his own dick on national television” if the price did not hit a bullish $500,000 within three years. It wasn’t until May that the entrepreneur finally called the bet “nonsense” and a joke.